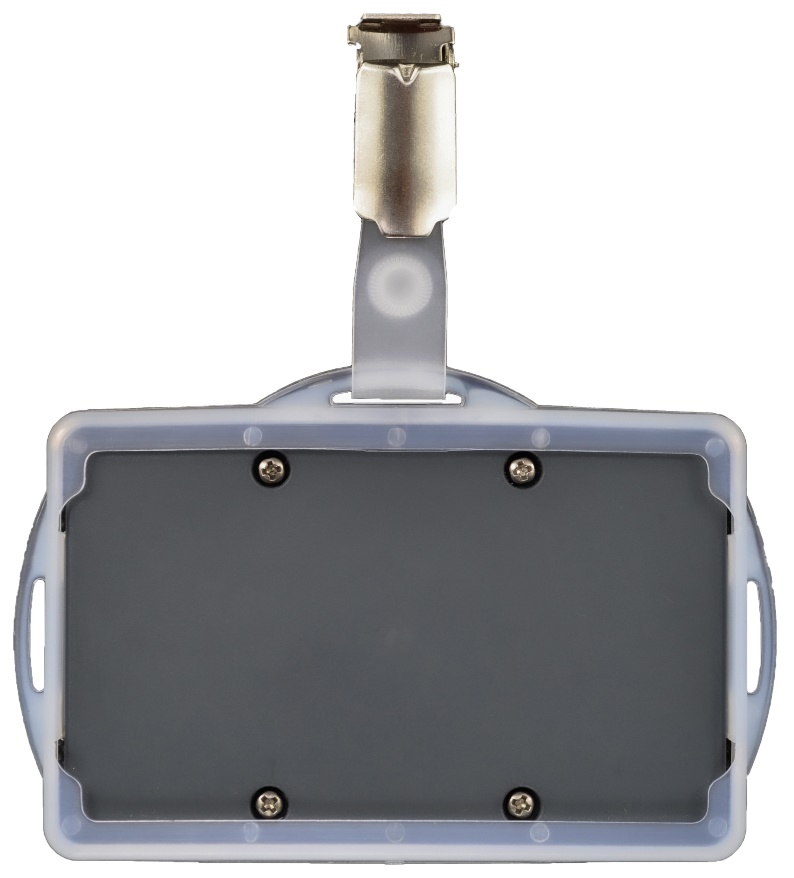 The personnel transponder can be used by all staff in a care facility, clinic, hospital etc. It serves as a name tag for clipping onto clothing and has two buttons on the back, the acknowledgment button (button 1) and the emergency button (button 2). In addition, the transponder has a fall and dead man alarm, which can be activated and deactivated by pressing both buttons. After starting the personnel transponder, these two alarms are initially deactivated. The keystroke and other actions are confirmed with the two LEDs on the back and a short vibration of the transponder. 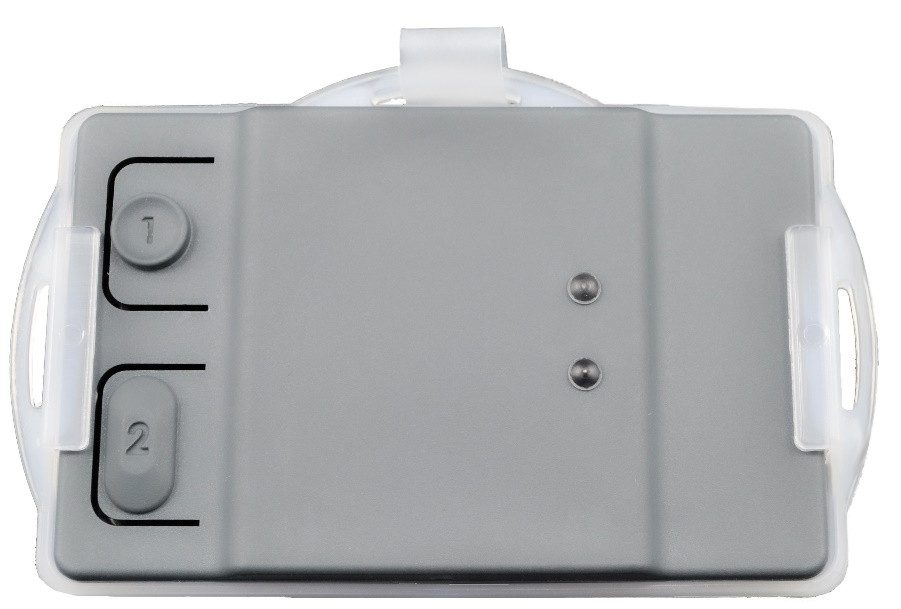 The transponder is activated in an active LF field and sends its ID to the HF module:

Two sensors are used for fall detection: an acceleration sensor for motion detection and an air pressure sensor for detecting the change in altitude. If a movement takes place within two seconds and the height of the personal transponder drops by at least 50 cm, this is considered as a fall.

In some cases, a rapid downward movement can be recognized as a fall. If a person e.g.  is quickly running down the stairs, a false alarm can be triggered. In order to avoid a false alarm, the "pre-alarm" was provided.

Case study: A fall is recognized. First a pre-alarm is triggered: short vibration 1 x per second. If the pre-alarm is not acknowledged within 20 seconds, an emergency call is sent.

If no movement is registered during a preset time (standard duration: 10 minutes), a pre-alarm is triggered first: short vibration 1 x per second. If the pre-alarm is not acknowledged within 20 seconds, an emergency call is sent.

The tag ID of the personal transponder can be set with the Martin Check or when flashing.

The transponder has two batteries: CR2023 and CR2450. Both batteries must be replaced when the low-bat message is sent.

Martin Elektrotechnik GmbH hereby declares that article V410-201-008 corresponds to the guidelines 2014/53 / EU, 2014/35 / EU, 2014/30 / EU. The full text of the EU declaration of conformity is available on the following website: https://martin-elektrotechnik.freshdesk.com/support/solutions